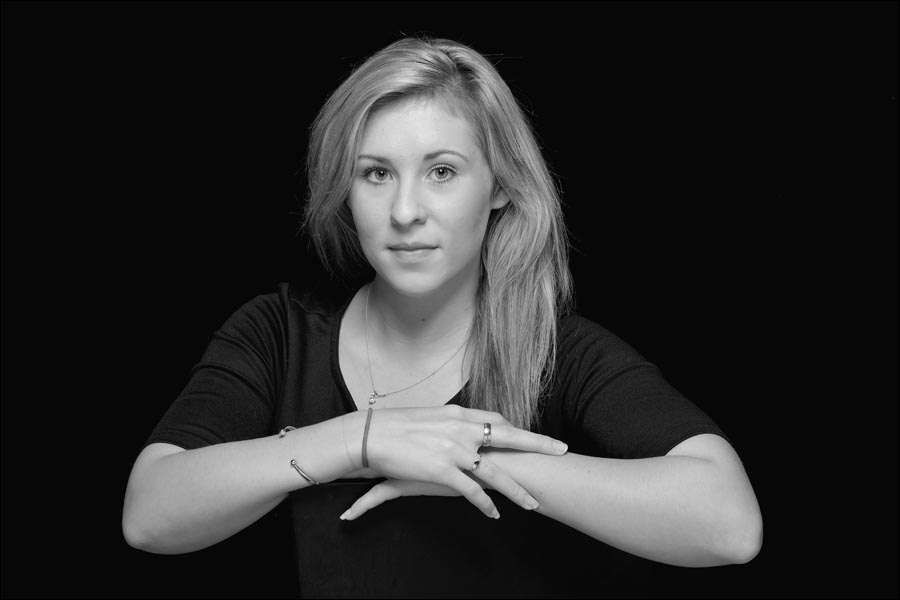 Dark, moody, evocative and timeless. That is how I see low-key monochrome portrait photography that is taken in an accomplished manner.
Ever since I first saw some Fresnel lensed HMI lighting being used for photography I liked what I saw and wanted to create images with these lights. I’m not sure why but I had a bit of a phase of really just wanting to do images with dark and moody lighting. It might have been as an antidote to the plain blown white background images I’d been doing for some events and for people who wanted that because ‘that is what everyone else does’. I know that part of it was that I had not really made effective and full use of the Lupo HMI lights that I purchased at that trade show. To that end I posted a couple of casting calls and one weekend a photo session with three sisters and their 80 year old mother was sandwiched by some very different sessions. The second of those was with Phil who waited patiently as the earlier session overran a bit. I’d photographed Phil before and he wanted some ‘smart’, business like images that also matched up with my lighting dabbles that I wanted to do. These photographs have not been in Photoshop, Just Nikon’s excellent but under-rated CNX2 and a little help for borders from Nik ColourFX Pro plugin for CNX2. I have been tending to use the Lupo lights for monochrome images. The different quality of the light to flash, mainly due to the Fresnel lens, gives the images a different feel and ‘bite’.

The previous day I had a photo session with Nikki and Paul. Nikki is trying to move over to being a full time Makeup Artist and Paul is building up his acting parts in short films. We loosely had a ‘Gangster’ theme for this, American 1920’s / 30’s, not the nonsense of ‘gangster rap’. Not from those sessions but in a similar style, Hensel gridded beauty dish as the key light with a second head as the hair / rim light.