Award winning photographer – What does it mean ? 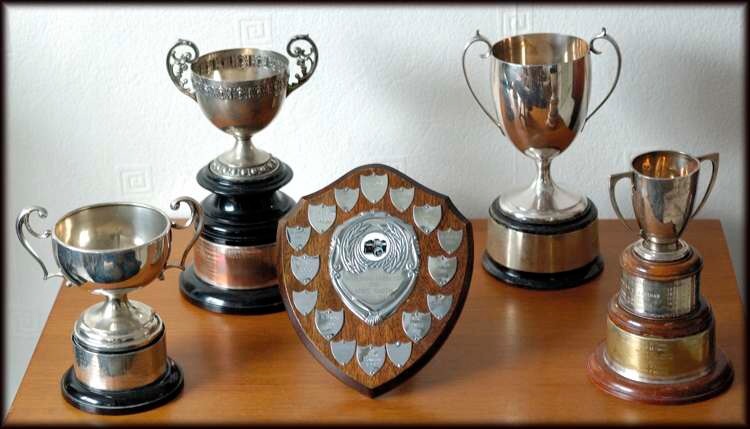 If someone is stating that they are an ‘award winning photographer’ then surely they will be able to also state what the award was, when it was awarded, who it was awarded by and also actually show the image/s. In this day and age it is likely that this can be checked by going to the website of the stated awarding body and checking. If you are looking to hire a photographer for a portrait session or wedding coverage and their award is for nature or astro-photography, for example, ask yourself how relevant that is to what you are seeking.

There was a time when, for social photography ( portraits, weddings, events etc ) the UK pinnacle would be the Kodak and Fuji awards. Winning one of those was an achievement to advertise. Alas, these awards no longer exist. There are still some very meaningful annual awards from the photography organisations such as The Societies ( SWPP ) and BPPA. Again, being a category winner in these awards is very much to be lauded. There are also monthly competitions and achieving a Gold in these is also very much to be praised. There are awards out there which are worth shouting about but nothing like as many as the number of ‘award winning photographers’ would make out.

Personally I have won many awards / photography competitions. For a while it got to the stage of winning becoming boring. In my most successful year I won 5 annually presented awards.

However, this is just at Camera club level. I learned the formula for a successful submission and used that formula in my photographs. After a while I found the formula boring and restricting. I knew that I could get a flower out of the garden or from a local florist, setup a background and lighting in a particular way, compose it in a particular style, develop and print the monochrome image in my darkroom and I’d get a photo that would be placed highly in a competition. I could then put that flower to one side for a few months, photograph it in its dry / dead state and get another winner. It was formulaic and it still is although the formula has changed over time, primarily due to the development of digital photography and what it makes possible. I no longer play that game which meant that I was surprised when four of the five photographs of mine that my camera club entered into a midlands competition ( MCPF – Midlands Counties Photographic Federation ) were retained and used in the exhibition that followed. Since I no longer constrain myself by the camera club competition formula I no longer expect to do well. One competition round in the 2013-2014 season a judge commented that a couple of my images were such that they would not be out of place in a magazine like Vogue. He appreciated the quality of both the image and the print but, because the ‘formula’ was not followed they were not placed. In another competition a judge made a similar comment and placed that photograph third. However, my winning image which had more in common with ‘the formula’, was to me, not as good as the one that was placed third or even one that was not placed. It also surprised me that it beat an image that completely met the ‘competition formula’ and was one that I would be very pleased with creating.

When I think of the relevance of awards to performance I think back to my days as a Scout. This might seem a little strange but it is pertinent. The Scout Leader decided to do away with badge work. No interest, skills, sports badges. No Scout Standard or Advanced Scout Standard let alone Chief Scout’s Award. This caused much controversy within the district and higher up. However, any Scouting skills related competition that took place at District level, we won. Not only that but if we had two teams in we’d be top two. Three teams and we would take top three, usually. It was only the swimming gala that we did not usually do so well in but that was not a Scouting skill. The Scout Troop was successful when it came to applying the Scout skills. We did not need badges or merit, awards to tell others how good we were, the results of our actions spoke for themselves. We knew what we were doing and how to effectively achieve the intended end point.

It is likely that many of the ‘awards’ that the ‘award winning photographers’ pronounce they have won are like the merit badges. Yes, it is an achievement to get it but there is so much more that is possible, many more rungs up the ladder to move before it actually becomes something to shout about.

If you are looking for a photographer to hire, take the ‘award winning photographer’ claims with a pinch of salt unless the awards are on the uppermost rungs of the ladder. Instead look at the quality of the photography on view and taken in equivalent circumstances (*1) to what you are looking to hire someone for.

Please note, this is not knocking people who have won awards which truly have prestigious and meaningful value. There are award winners out there who are at the highest of skill levels and have produced truly amazing images and deserve the right to be able to shout about it and charge more because of it. I have written this more to raise people’s awareness that if they are looking to hire a photographer, base it on what that photographer can do for them. Awards are not the only measure and also need to be treated with a bit of care in how much weight they are given in making a decision.

*1 ‘equivalent circumstances’ – in other words Wedding and event photographs that are actually taken in real-time at an actual wedding rather than setup using models and with no significant time pressure and definitely not with the competition of the bar, dancing, food and convivial chat. There is nothing wrong with people setting up photo sessions to produce wedding style photographs, particularly linking in with respective suppliers and venues for publicity material. However, whilst these photographs are valid for showing off the venue, venue dressing, dress, suit, flowers, car, hair and makeup as well as what the photographer can produce in those circumstances, those circumstances are not the same as an actual wedding. The same goes for event photography. There is a massive difference between taking a few good photographs of someone in an hours studio session and having less than a minute to get a few photographs and coping with all of the other people around.