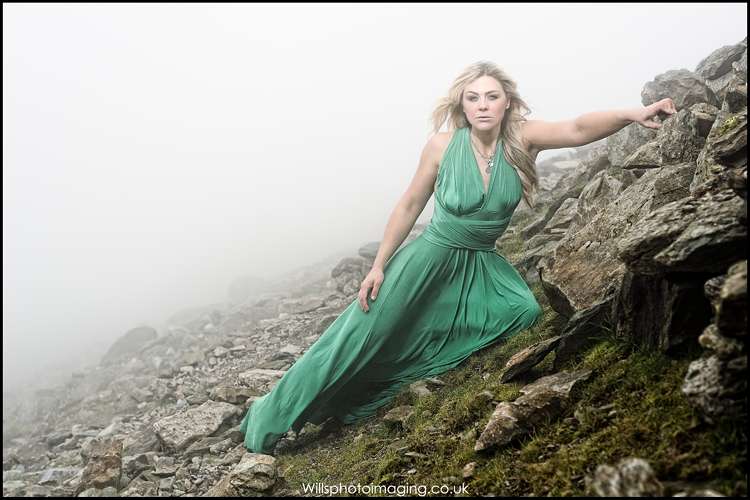 I had a ‘phone call from a hair stylist that I’ve done some photographs with asking if I’d be interested in doing a charity photo shoot on the top of Yr Wyddfa ( Snowdon ). Whilst it is a place that, in my younger days, I’d want to either be off the top by 8am or not get there until the evening I didn’t hesitate to say yes. The idea was for Chris, of spires hair salon in Uttoxeter to carry up a petrol generator ( loaned free of charge for the event by TCM Trailers of Lichfield ) to power the GHD hair styling tools he would be using. This would be to raise money for Breakthrough Breast Cancer ( Donations can still be made via the Just Giving site ).

In order to be sure of a fresh start and to not make for too much driving on the day we camped overnight in the Ogwen valley at Gwern Gof Uchaf. Even though we arrived in the dark the outline of Tryfan just next to the site was clear to see, helped a bit by the searchlights from the Mountain Rescue Helicopter that was looking for some people. With the helicopter dropping the people rescued off just a few hundred yards from the camp site it should have been quiet and peaceful. Unfortunately one group of people, the group nearest to our tents, carried on in their shouting to each other form of talking. I realised I had some foam earplugs in my camera bag, they helped a bit but still no sleep. When midnight came my anger and frustration could take no more, I bellowed out in their direction ‘Good Night’. I heard one of them say to another ‘who do you think that was to, was it to us ?’. It gradually dawned on them that the rest of the site was silent. At some point in their lives they might crawl out from their ignorance.

The morning was cold and dry as expected but with the cloud base well below 3000′. We met up with Louise, the model, and Jase, a friend, at Pen-y-pass. Once all sorted off along the Pyg track to Bwlch-y-Moch. 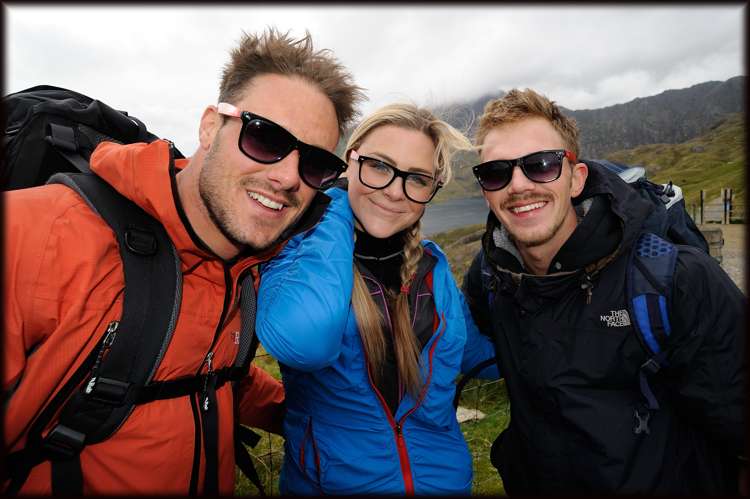 Jase, Louise and Chris at Bwlch-y-Moch

Given how the wind was catching the load of the generator and the poor visibility up high it was agreed to carry on up the Pyg track as opposed to going up via Crib Goch. By the time we had met up with the Miners track we were at the cloud base so the steepness of the zig-zags to the summit ridge remained largely hidden. Once on the main ridge the force of the wind was met in full, as was the low single digit temperature ( 3°C ). We were soon in the café after first visiting the trig point. Phase one had been achieved, carrying the generator, styling tools and camera gear up to the top. Chris had spoken to the ‘boss’ previously and we checked the state of play with the café staff there and prepared for the next stage. The wind was going to make any styling disappear very quickly. The limited visibility was also going to effect the photography, also the dress that Louise was going to wear was a little on the thin side. We got the OK to use one of the platforms once the train that was there had departed. This was the least windy area and also had visibility of about 20 metres as opposed to the 10 metres on the southern side of the top. The styling still met with a few difficulties. The generator either did not like the cold or it noticed the lower oxygen content so it struggled to start and required the choke to be kept on. Then the hairspray would not spray. Fortunately the exhaust of the generator was warm enough to bring the spray to life after a little while. 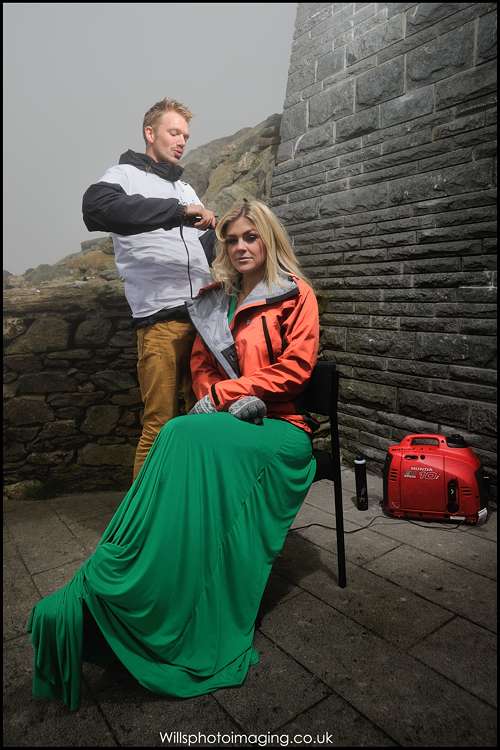 Before the styling was complete a train came in on the platform we were on, not surprisingly there were a few looks of incredulity from some of the passengers. Once the styling was complete the photo shoot was able to begin but I had to be quick for Louise to not get frozen into pose. Along with my Nikon camera gear I was using the Pocket Wizard TT1/TT5 for controlling the SB900 flash which was positioned on the end of a Lastolite non-rotating extending handle. The modifier that I used was a Rogue Flashbender that I’d attached a silver reflector surface to. I’d anticipated using more complex lighting setups so I had carried up quite a bit more gear but the temperature, along with the impact on the images of being in the cloud, precluded doing so.

It was definitely my highest photo shoot, probably also my coldest that has not been in the snow. 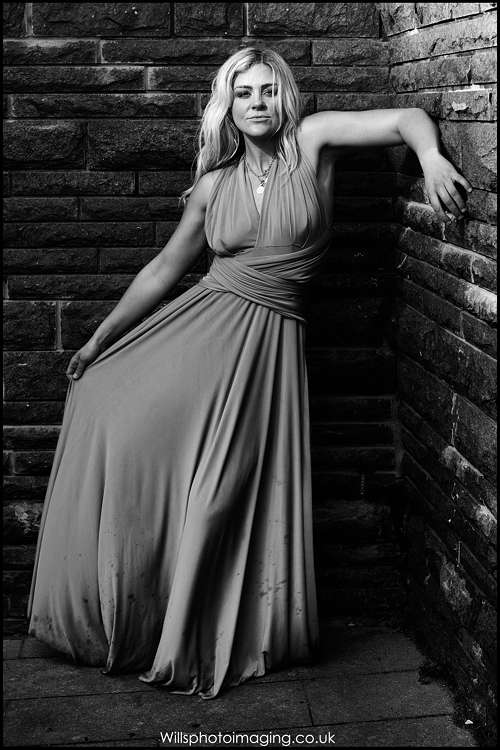 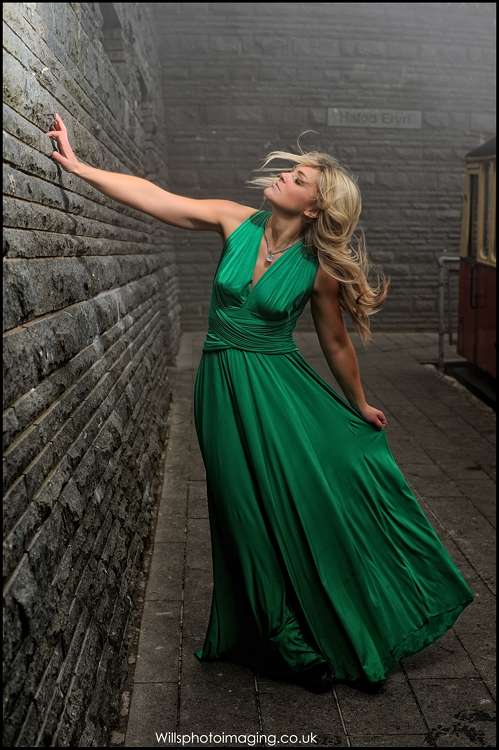 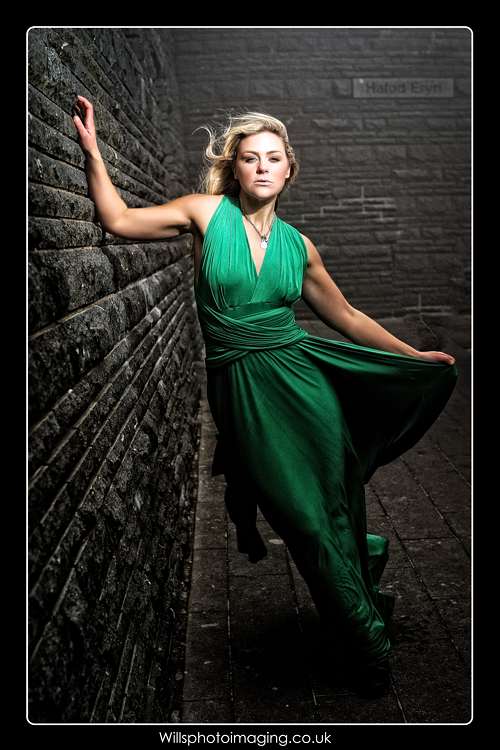