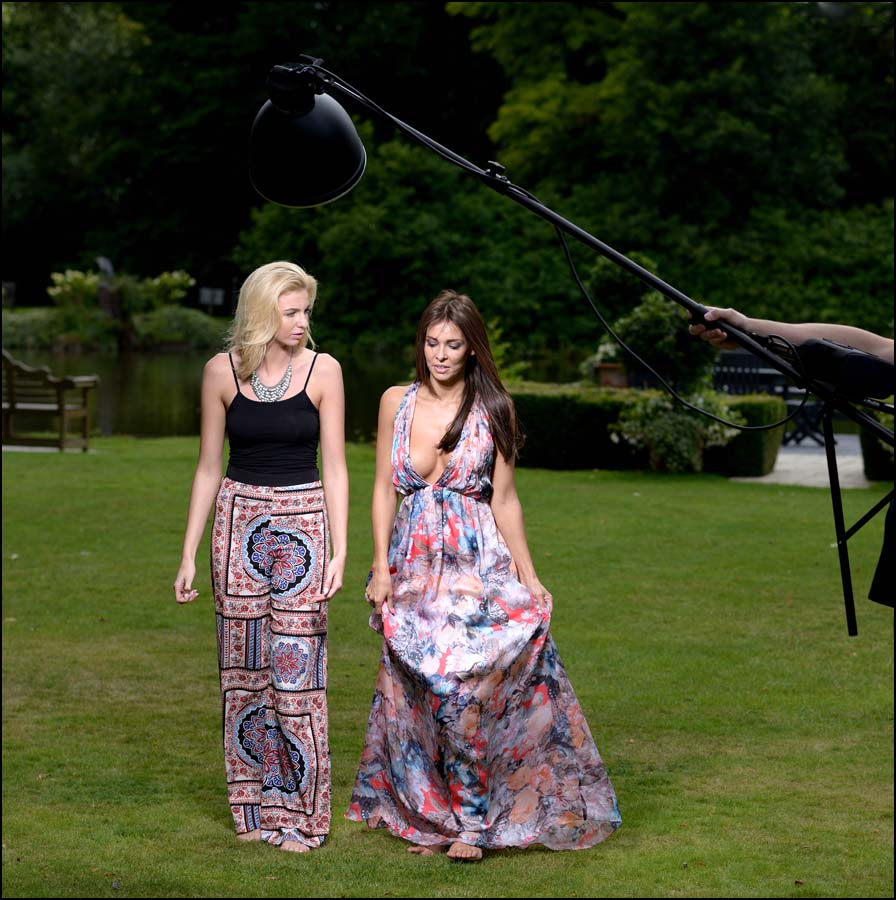 I’ve been using the ProFoto B2 250 OCF system for a few months now and had the opportunity to get a better understanding of the system. In order for a photographer to be able to deliver the best quality they can they need to understand their equipment, what it can and can’t do.

For quite a few years I have chosen between a set of 600 w/s battery pack 2 head light kit and speed lights for when I am ‘out and about’ for photoshoots. The power of the battery / generator pack lights is enough to underexpose the background on most days and, with the Pocket Wizard TT1 / TT5 combo, I can use hypersync to go up to 1/4000 second on the shutter speed before power loss and sync problems become too much. If looking to use narrow apertures in daylight this is important. Much more portable both in terms of weight and size are speed lights but they are also much less powerful. When used beyond the camera’s flash sync speed the power loss drops quickly and they become ineffective for use at any reasonable distance. Whilst at low power speed lights can have very short, action stopping, flash durations, at full power they tend to have a long flash duration. This is again important, particularly with the increasing pixel count of digital cameras showing subject movement or camera shake much more easily.

It was a few years ago ( 2013 ) that ProFoto shook the market up when they released the B1 units. These are 500 w/s battery powered units and they have TTL metering capabilities in the same way as speed lights do. When they were released I was tempted until I saw the price, about £1500 for one flash head. Earlier this year I was revisiting the quandary of needing more power than speedlights but lighter and less bulky than the battery / generator pack lights that I have been using when on location. With the announcement of the launch of the ProFoto B2 250 flash units a bridge between speedlights and the B1 appeared. At The Photography show my time there was dominated by my checking out the B2 units and comparing them with the other existing lighting options. This included more powerful and lighter but less well built and definitely less well featured and specified flash units. If looking to use lighting reliably and efficiently, particularly when there is time pressure and a client is paying you to ‘get it right’, you need to be confident that your gear will deliver what you need it to. Eventually I made my decision. It was with a heavy heart that I was not staying with Hensel, the makers of the monobloc studio flashes that I use.

When I purchased a ProFoto B2 250 Air pack there was a special offer on of a day’s training with one of the ProFoto ‘ambassadors’. Today was the day and John Clements was the ‘ambassador’ facilitating on the day, ably assisted by Matt Wilson and John Ricardo from ProFoto. The venue was in St Albans which linked well with visiting my Mother down in Watford and cleaning her carpets for her. I was surprised to find that there were only four participants at the start, joined by a fifth a little later. This meant it was surprisingly intense particularly since the sessions were very interactive. Thankfully time was not wasted on ‘the basics’ since John quickly found that we all had at least a basic understanding of how the system and our cameras operated. This meant that more time was able to be spent on more creative use of the equipment and picking up technique and skills pointers. During the day we were able to use some of the more mainstream ProFoto modifiers, not just the OCF ( Off Camera Flash ) targeted ones. This included the Magnum and wide zoom reflectors along with a soft light reflector ( beauty dish ). With my Hensel monoblocs the beauty dish is my favourite modifier. It is not something that I’d take with me when ‘going light’ with the B2 250 since it is a heavy and bulky modifier. It also requires a heavier weight lighting stand than I’d use when ‘going light’. I was however interested to see how the combination might perform. Light from the D1, B1 and B2 heads can have a different quality compared to more standard flash heads since the reflector and protective dome are built-in as opposed to standing out with a wider, larger, light source. Modifiers like a beauty dish are where difference might be more expected to be seen. Unfortunately on the day the softlight reflector was left to the last session and we ran out of time so a more individual ‘play’ / exploration was not possible. We did however get to explore the Magnum and Wide Zoom reflector somewhat more. I’ve been using the standard Zoom Reflector 2 when I need a more focused, crisper and more powerful light than the bare head and was able to see some useful differences between them. The models, Amy and Harriet, seemed to have worked with John quite a few times so changes were fuss free and ‘on the same page’. Sometimes when there is strong familiarity this can impact negatively on sessions. This can be by ‘in-jokes’ or familiarity leaving important things not communicated to the rest of us. It is a credit to all three that the familiarity helped enable sessions to progress smoothly and were a strength as opposed to acting as a negative.

With the B1 and B2 having TTL capability this was used quite a bit initially and in setups where I would either meter the light and do everything in Manual or, if needing to be very quick, use the TTL metering to get a starting point and then swap over to manual mode. With the demonstration setups the expected exposure variation from TTL metering was experienced and, because taking photos was only of secondary or even lower importance, I kept with the flow as part of exploring what the kit can and cannot do. Sometimes you learn more by trying to do things a different way to your usual than just repeating the same steps.

In the morning we used the OCF 2′ Octa and a reflector for the first session in one of the rooms. That was followed by a 2-light setup in the adjacent room and using a gridded 3′ RFI Octa as key light with a brolly as a fill. After lunch it was outside to use the Wide Zoom and Magnum reflectors as well as some High Speed Sync. Then it was back inside for two more setups. One of these used the Softlight reflector and the other used the OCF grid set and snoot as accents with daylight being the key light.

It wasn’t until I was travelling back that I realised how intense I had found the day. Tiredness descended very quickly. It was a worthwhile day. Getting to try different modifiers from those I already use and seeing the B1 units in action has given food for thought that is additional to the ways of working and technique pointers picked up.

B1 B2 OCF ProFoto St Albans